Kinesiology – Ask your DNA and it will answer!

Kinesiology – Ask your DNA and it will answer! We have encouraged you to communicate with your DNA, to activate your body’s ability to regenerate itself and to tap into your divinity, broadening your understanding of yourself, the world and even the universe. Your DNA is listening! Now we would like to shed some light on a way your DNA talks to you. A way you can listen to your body’s guidance in an easily understandable, physical way. We are talking about Applied Kinesiology.

“Every cell knows what’s going on. So you have then a subconscious system that is working these things. Perhaps for months there has been a battle every day within your cells, yet you walk around having no idea. So a system exists that takes the innate knowledge of what is going on in your cellular structure and communicates it to you. It’s out of the intellectual loop (very difficult to believe for logical thinkers) and it is called Kinesiology.”….. Kryon

Your body has the innate ability to heal itself, muscle testing is the tool used to give you feedback directly from your inner source, from your DNA!

Kinesiology is described as a scientific study of human movement. The term ‘Applied Kinesiology’ describes the practice of accessing the body awareness of imbalances through Manual Muscle Testing.  Discovered in 1964 by George J. Goodheart, a chiropractor who found muscle testing could be used to obtain information from the body. He began teaching his technique to other chiropractors; today Applied Kinesiology has now been embraced as a natural health therapy used by not only chiropractors but naturopaths, medical doctors, dentists, nutritionists, physical therapists, massage therapists and nurse practitioners. According to many ancient as well as modern belief systems; healthy energy flows through the meridians in a balanced way. This balance is easily disrupted through factors such as stress, emotions, poor diet and spiritual neglect. The symptoms of illness are caused by blockages of energy flow through these channels. Ill health is associated with imbalances or blockages in the energy flow through the body. With the use of applied Kinesiology these blockages can be found and appropriate treatment discovered. Since its inception, many disciplines of kinesiology have been created and are being practiced throughout the world.

There are no side effects to applied kinesiology and muscle testing. So why not give it a try and see what your body tells you. It is a technique that requires a belief and trust in your innate abilities to listen to your DNA as it guides you to wellbeing. Many individuals have found this Divine exchange extremely helpful in their quest for a balanced life.

Remember to have fun with this! Try it out at your next gathering. See if some people are more susceptible to this process. It’s not a lie detector but you can have fun with it and muscle testing will provide stimulating conversation. It’s all about creating fun and healing in our everyday life!

The following is a description of the kinesiology muscle testing basic technique as explained by John Diamond, M.D.

Perform the following test with a friend or family member:

Was the subject able to resist the pressure? In nearly every case he will; his arm will remain extended.

Another form of self-testing can be achieved with the use of a pendulum, while holding a weight suspended from a pivot allowing it to swing in predetermined directions indicating a positive or negative response. “What is going on with the process of the pendulum is simply ‘mini kinesiology’. It is literally the muscles of the finger, beyond your ability to control them, responding to a question that is about cellular structure. As you try to hold your fingers very still, the muscles move to give you a message – swinging the pendulum one way or another. It’s innate intelligence trying to go around your intellect through your muscles, and it works.“  ~ Kryon

There are many different types of Kinesiology to be explored. We are not endorsing any one in particular but would encourage you to investigate for yourself or as always, follow your own intuitive knowing.

A Simple Kinesiology Test – Tune In To Your Body – Dev Khalsa If you would like to help us in getting the secret to DNA activation information and other out to like-minded people we would appreciate your purchase in our Gift Shop, all profits go directly to this supporting this website with 10% going to Our Preferred Charity for this Year. 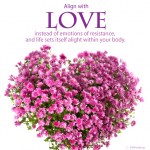 LOVE is in Your DNAUncategorized 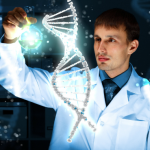