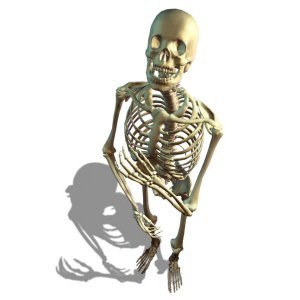 While researching last month’s feature, Epigenetics, I become enthralled with the limitless possibilities of the amazing human body and its ability to change, heal and create our physical beings in alignment with our spiritual beings. The effect our spiritual beings have upon our physical form is a beautiful concept (promise), which has now been confirmed by modern science!

While finding this fascinating, it brought to mind the old adage that our bodies regenerate every seven years. I am sure most of you have heard of this, as this news spread like wildfire a few years back. At the time I remember feeling slightly empowered by this news but never looked deeper into it. I felt there must be some truth to it and kept it in the back of my mind as an aid to my health and wellbeing.

Does our physical structure regenerate every seven years?

With excitement and an open mind I set out to investigate. What follows are my findings.

In biology, regeneration is the process of renewal accruing on a cellular level, restoration and growth that makes genomes, cells, organisms and ecosystems resilient to natural fluctuations or events that cause disturbance or damage. Part of what makes the human body so impressive, apart from the concept of consciousness and self-awareness is its ability to regenerate itself. 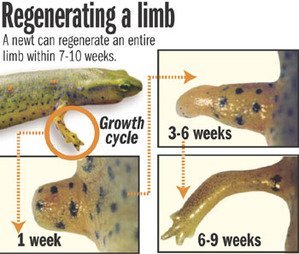 Every species is capable of regeneration, from bacteria to human!


How is this accomplished?

Individual components of the cells are being broken down and new ones synthesized in their place. Some cells are being replaced faster than others. You can see when you cut yourself how long it takes for the epidermal skin cells to be replaced. Skin has the fastest turnover rate. 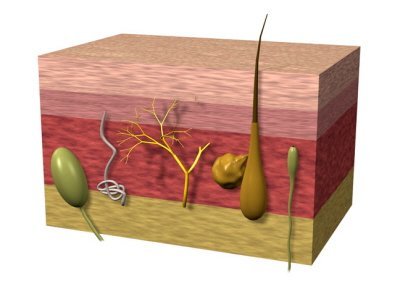 Based on various scientific journals and web sites, (none of which agreed with each other) I have compiled a list of cell replacement time frames. These times have been averaged and is a loose representation reflecting current studies. Actual studies show a large gap in estimated time for most baseline body regeneration. Please remember I am not a scientist but a spiritualist. I present these examples to you to give you an idea of the overlay in time during cell regeneration.

The lifespan of some human cells:

The human body contains trillions of individual cells. Taking into account all of the specialized tissues, those that generate quickly and those that don’t, an adult’s bodily cells are likely to be, on average, between eleven and fifteen years old.

“Although people may think of their body as a fairly permanent structure, most of it is in a constant state of flux as old cells are discarded and new ones generated in their place.”

….New York Times – Science “Your body is younger than you think.”


Another surprising piece of information about human regeneration has been found in the study of atoms. About 98% of the atoms in the human body are renewed each year. This fact is discussed by Dr. Paul C. Aebersold of Oak Ridge in the latest Annual Report of the Smithsonian Institution. Dr. Aebersold based his conclusion on experiments with radioisotopes, which trace the movements of chemical elements in and out of the body.

“The fastest-changing component is water. It forms about 70% of the body, and about half the water molecules are replaced every eight days. Other fleeting elements are carbon, sodium and potassium. The calcium and phosphorus in bones and teeth stay put longer …” 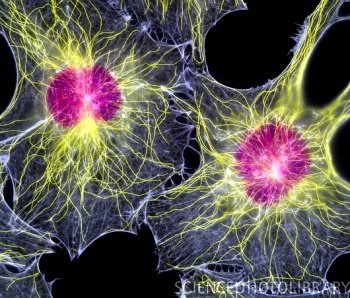 So, even though we think of our bodies as being permanent structures, most of our tissues are continually being turned over, renewed in a balance between death of old cells and the constant birth of new cells. About the only pieces of the body that lasts a lifetime, on present evidence, seems to be the neurons of the cerebral cortex, the inner lens cells of the eye and perhaps the muscle cells of the heart.

Interestingly enough, the cerebral cortex, a sheet of neural tissue that is outermost to the cerebrum of the mammalian brain, is thought to play a key role in memory, attention, perceptual awareness, thought, language and CONSCIOUSNESS!

I believe it is safe to say that human regeneration is a fact and although not completely understood our bodies do indeed regenerate throughout our lifetime. They regenerate to grow and to heal. For the human body is normally in a continual state of homeostasis, a state of total and perfect equilibrium, a state of both regeneration and decay. It requires many dynamics to heal, but the point is that, if given what it requires, the body will and does heal.

So, why then do we age? Why do we retain ailments for years at a time (if not continually)?


It is thought that regeneration does not follow the original DNA code but maintain the existing structure.

Could we change this?

We age because the mind creates the body and therefore any non-beneficial, mind energy will create and hold such non-beneficial physical manifestations in the body. Our cells have developed habits, just as we do and so when they reproduce, the habits are passed on. It is possible that when we activate our DNA we change the ‘thinking’ or habitual patterns of our cells!

Think of a photo copier … if you draw a picture and photo copy it every now and again keeping only the copy and continually re-copy, the quality will decline and any stains will be carried over to the new copy. Although it is ‘new’ it is still affected negatively by the process of copying (regeneration).

If part of our genetic code has been switched off ‘copies’ of DNA will continue to be reproduced incorrectly having flaws or disease. We will have to learn to switch things on again! By knowing and accepting the existence of every cell, which all have parts to play in our human ecosystem and knowing this system wants to find a perfect balance, we can activate better health and wellbeing.

When your mind accepts the possibility that there is a far greater intelligence at work within your physical being, you will soon become co-creator, with the power that creates the universe! This is a huge amount of energy waiting for your call. By tapping into this knowing, you not only claim your birthright, but can activate your intentions for 100% pure regeneration. Within your DNA, God resides as part of ‘all that is.’ Activating your physical body with pure intent and understanding opens a doorway to your personal divine ongoing creation. 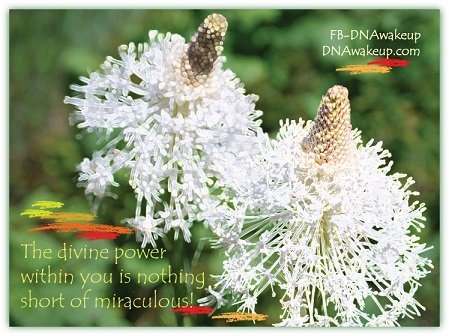 If you revisit last month’s feature on Epigenetics you will remember we learned how signals from the outside world, (communicating with your DNA) can work to change a cell’s gene expression. This is exciting news on its own! However, combine that information with what we now know about our body’s ability to regenerate and WOW! It becomes increasingly clear that we are much more than mere flesh and blood. We are empowered co-creators with God and it is up to us each, individually, to take responsibility for our own awareness and allow ourselves to become all that we were meant to be, spiritual beings living in linear time, expressions of God incarnate upon the earth. By activating our physical bodies and trusting in our innate ability to vibrate with this understanding, all things are possible. Step up and claim your power, in doing so you will serve others; for appreciation and compassion go hand and hand, when we realize we are all one, in a vibration of love and universal energy.

It is time for you to ‘Wake Up’ your DNA makeup!

My physical body, created by Mother Earth, infused by God, contains a knowing that heals and empowers my body, mind and spirit. 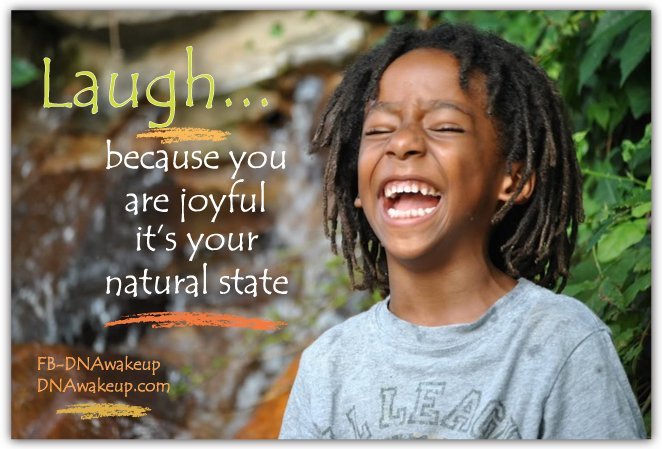 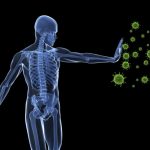